As Guinness said, “Good things come to those who wait” …… and boy have I waited! When the new grips went on in late November, they were accompanied by the 3D printed temporary bar-end mounts. The clock was ticking, I had to get the grown-up adult versions (stainless steel!) made up asap as I’d no idea how long these things would hold up. In early January someone stepped in to do the deed.

Unfortunately, they never appeared no matter how much cajoling and nudging I tried. Finally, after 4 months I was out of time and the Capo had to return from Italy sporting the plastic 3D printed ones. I shouldn’t have worried though, they held up just fine!

So just when I was giving up on ever seeing a set, a mate offered to help, and in the blink of an eye made these beauties! They fit perfectly and the finish is brilliant – what more can I ask for? So a huge ‘Thank you’ goes out to Jason – stand up, take a bow, don’t be shy fella! The eagle-eyed will notice a change from the rendering (and drawing) in that the flats (for socket or spanner) were left off. This was to reduce machining time and also because they only really need to pinch up – I’m not torquing the nuts off an axle here!

Of course, once these were in the pipeline, I told the other guy ……… who then got all stroppy saying the material had been ordered …… this is after 5 months of waiting! Sheesh some folks. 🙄 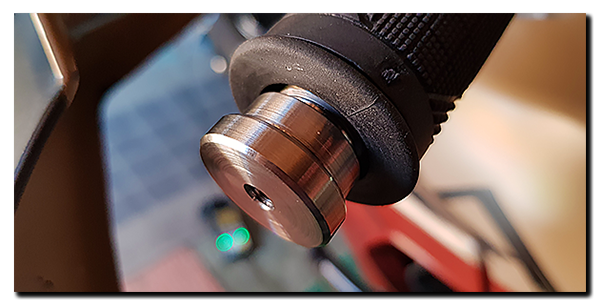