Slowly getting more parts of the Capo into CAD/3D …. finishing the dashboard motor off (after almost 2 years!) gave me the nudge to get the circuit board done. Here’s a work in progress, only a couple more chips to fit. Then the inlay and case / lens will see it polished off. Can I keep up the momentum or will galloping apathy step in … hmm who knows! 😕 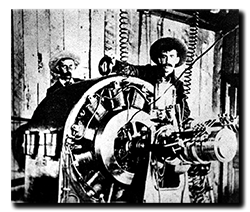 Capo charging system  ….. a new page going up shortly with a fair bit of (new) info regarding alternator output, waveforms, voltage, current and how those are affected with the attachment of different technology regulators – plus how exactly those regulator-rectifiers do the job of producing rectified DC. Pitched at electrical newbies I’ll be running through each of the components and what they do electrically (hopefully) in a way that makes sense, including why some wires can be thin and work just fine and why some regulators get hot and others don’t. 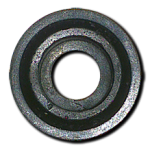 Recently while visiting the AF1 Futura forum, I saw an interesting thread about replacement clutch master / slave seals (common to both Futura & Caponord) sourced in the UK at a very good price and thought the information well worth sharing here.

The thread was started by a UK owner – Corsehf (Andy) in which he quotes replacements for all the  master / slave cylinder seals from one supplier. Seal details and individual prices are:

That’s a total of £9.39 + Vat = £11.27 plus package & post. So for somewhere around the cost of one genuine slave cylinder seal, we can buy ALL the seals needed for a full clutch system rebuild. Not bad in my books! If you’re interested, call Rebecca Pattinson at FPE Seals on 01325 282732 or email: [email protected]  If you do decide this is for you, then please drop by the thread and offer Andy your thanks …. he’s just saved you a pocket full of money!

So I’ll end with a big thank-you to Andy, then get a set on order and nip into the barn to dig out that old master cylinder and finally get it re-coated and re-sealed, then swap it for the brake fluid damaged one on the Raid ….. oh happy days! That things been bugging me for years. 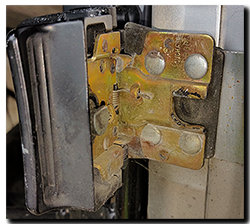 Removed the right pannier the other day while changing out the rear brake pads (makes life a bit easier!) but couldn’t get the latch to close properly when refitting it …… turns out the latch has broken on one side of the pivot. It looks like it’s just fatigue over the years of bouncing (over) loaded boxes across the continent. So a new latch (Hepco Becker part no: 700.101.00.01) has been ordered from http://www.hepco-and-becker-luggage.co.uk a spin-off company of Moto-Bins. Cost should be £22.80 but they’re knocking 15% off at the moment, so it cost £19.38 delivered. I can live with that!

The latch comes complete with new lock, keys and pop-rivets to fit it. However the original is installed with solid rivets, so this is what I’ll use as well. This of course means stripping the liner out and unbolting the aluminium box from the chrome/steel frame, but it’s only a 10-15 minute job and a good excuse to give everything a damn good clean and polish at the same time. 😀

Well it’s time to test out the prototype of the BMW-clone Dynamic Brake Light System ……… but how to keep an eye on the tail-light and hazards when riding around? Dig out a bit of scrap metal, the old Shorai battery and the Tarot 2D gimbal/GoPro camera combination – that’s how! 😀

Pardon the pun … but the Shorai battery was a complete non-starter as far as getting the Capo to wheeze into life (below 12C anyway!), so it spent the next few years doing various duties. Replacing the battery in my computer UPS (uninterruptible Power Supply) for one, then running the dashboard test-rig for a while before being the power supply of choice to run the Tarot gimbal or any home-brew datalogging/test kit that needed 12V. To be fair it’s 4½ years old, stored in the barn for extended periods, recharged with a crude 6V/12V charger, run flat as a pancake and overcharged …. and it still keeps working!

So now we’re ready to rock the highways and byways with the gimbal/GoPro hopefully grabbing the footage I need. Once it’s done I’ll turn the gimbal around and grab some more quirky footage facing backwards! 😯 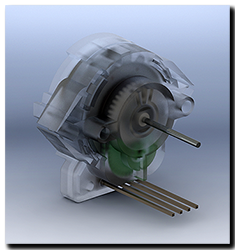 An old (ironic) joke in England states that you will stand around for an eternity waiting for a bus – only for three to come along at the same time! In the same way, dashboard faults sometimes do a similar thing. Recently I had three boards arrive; all had defective speedo/tacho motors. All six motors were physically broken and two electrically dead.

The motors mount to the circuit board by four soldered pins and two push-fit pegs. The arms on the motor case that grip the pegs break off and that leaves the motor pivoting 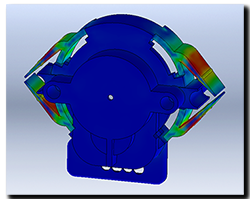 on the four soldered pins. With time and vibration, the armature wires that are soldered to the pins flex and break – one dead motor.

Replacements are available from flea-bay for between £30 and £45 –not exactly a cheap part, especially when the old one may still be working fine. Now it seems a cheaper solution is available in the form of a replacement front cover (part with arms) for a fraction of the price of the full motor. On close inspection it doesn’t look like a 1-for-1 copy of the original (the arms are slightly different) but it’s well worth a punt at that price to see if it works.

So why are they failing? Well my guess is, it’s a combination of age, vibration and heat/cold cycling that causes the arms to fracture. Once that support has gone, the motor is left suspended on the four soldered arms – and they in turn are press-fitted into flimsy

plastic spacers. The armature wire (very thin!) is soldered onto these pins, with very little slack ……. So any flex between motor and pins will inevitably stress the wires and cause them to break. They can be repaired of course, you just need good equipment, a magnifier and VERY steady hands!

Unfortunately, spotting a broken motor is difficult without striping the dashboard, but here’s a little something to look out for …… have a good close look at the needle, where it passes through the inlay. If the speedo needle looks like it’s drooping downwards or the tacho needle looks like it’s leaning to the left – suspect a broken motor. Remove the dashboard and give it a gentle shake – hear something rattling inside? That’ll be the broken arms floating around – tick-tock, tick-tock – it’s only a matter of time now before the armature wires give way! 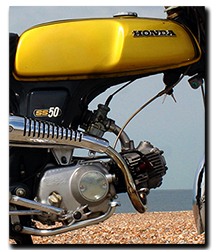 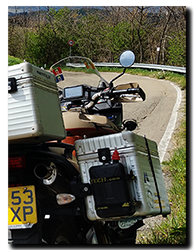