I guess this is where I’m supposed to wow you with tales of daring-do around the Oxford ring-road or hanging  off an Alpine peak by a wheel spoke with nothing but a polo mint and 2 gallons of unleaded petrol to drink …..

Sadly no …. I’m just an ordinary chap with an (un)healthy love of bikes. I guess I got it from my grandfather, but it was the first whizz around a field on a Puch Maxi that really clinched the deal. It’s been a 57-plus year roller coaster ride – literally – some magical days and days I thought I’d throw the leathers and sell the damn thing. 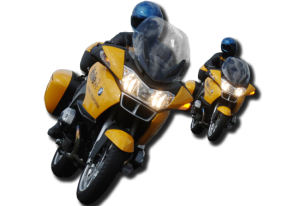 For some of that time, I was a London dispatch rider ….. for some a ‘professional’ rider and for the last nineteen years I’ve worked full and part-time as a DVSA Advanced Motorcycle Instructor. I’ve also dabbled as an Agricultural engineer, a dashing RAF type, a CAD/3D modeller,  a Laser engineer and as farmer/builder/plumber/electrician on our Italian small-holding. Nowadays though I work as lead Driving Instructor on a fleet of autonomous cars … and yes, I do know how that sounds!

As a rider though, I’ve always worked on my own bikes. Some I tinkered with and some I lavished obscene amounts of money on, some I raced and some just shone so you could eat off them and in each case, other than paintwork (I hate paint!) all the work was done in-house, or in-barn. Bikes have been in almost every waking moment of my life and some damn fine dreams come to think of it and they have come and gone in a steady procession …. about 50 at the last count, but only 6 of those in the last 20 years! 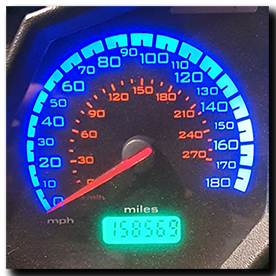 In November 2015 a second rather skinny Rally-Raid (NK03) arrived and so the family grows. So if you see a Rally-Raid on your travels in the UK, give it a cheery wave ….. there’s something like a 1 in 9 chance it’s me! 😀