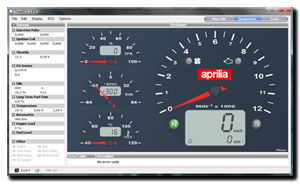 TuneECU (www.tuneecu.com) is the new kid on the block …… and it came out of the blocks like Linford Christie after a night on  prune juice. Originally written for the Triumph triples, Alaine the programmer, kindly agreed to include the Capo in the code and on 14th November 2010, v1.7.8 was out and Capo/Futura owners began testing. Unlike TuneBoy/EDIT, it is a single package that only requires a communications cable that has an FTDI FT232R chip in it. These are widely available on the Internet (EBay) – more on this later. To date, I’ve made numerous read/writes to the ECU and not once has it done anything except behave impeccably.  So let’s take a look at the layout. 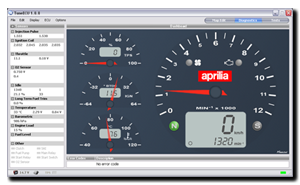 Both the Dashboard and Tests screens are locked to 1024×600 resolution (great for netbooks), while the Map Edit screen is scalable to full screen if your using something with a higher resolution. The Dashboard displays all the same information as ‘TuneBoy -Sensors’ does, but with the addition of fault codes and their descriptions. Tacho accuracy is also much better than TuneBoy and all the analogue needles have the nice touch of being opaque when passing over the digital portion of the display (check out the IGN display) – keeping them readable. 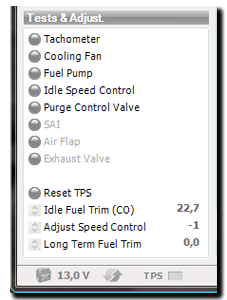 Although much of the display appears the same, the important changes are in the lower left hand corner. Here again we can induce the same test functions as ‘Tuneboy – Tests’ as well as adjust Idle and long term fuel trim and stepper motor offset.

Functions that are specific to Triumph – SAI, Air Flap and Exhaust valve are greyed out. It’s also a nice touch to be able to monitor battery voltage from each screen.

First thing you notice is the small file size of the .hex format compared to the TuneEDIT .dat files …. the next is that we’ve now gone colour! And boy, does it help ….. spotting the differences between adjacent cells in a table is a cinch. Tables are selected from the left-hand sidebar and – strangely are displayed with the axes swapped when compared to TuneEDIT …… and that takes a little getting used to. I will say at this point, that TuneEDIT wins hands down with it’s 3D graph window, while TuneECU’s effort is only redeemed by the ability to individually select % or RPM ranges. 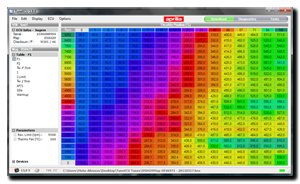 TuneECU soon comes back with a haymaker though … with it’s ‘compare’ function. Simple and elegant, you can now toggle between maps, making map comparison a doddle. Of course once you loaded, compared and tweaked your maps, you need to get them into the ECU and this is where I thought TunECU delivered the knock-out blow.

STABLE,STABLE,STABLE!!!! Not one annoying ‘ping – Timed Out’ message anywhere leaving your ECU favourite to win the ‘village Idiot 2011’ contest.

Because this is a software-only package, you need a cable to go from a USB port to the bike. Any generic VAG-COM KK409.1 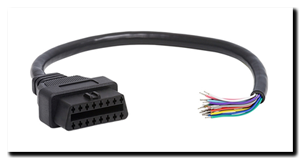 USB-OBDII cable USING FT232R chip should be fine. An adapter cable needs to be used to go from the OBDII to the bike …. open ended adapter cables are available like the one shown. To connect to the bike you need a 6 way MOLEX connector and 4 pins – Molex part numbers 03-09-2061 & 02-09-2118 both available from Farnell.co.uk. 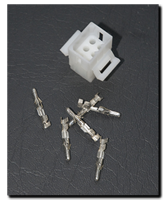 Total cost should be less than £20 to make up a good cable … compare that to the cost of a TuneBoy one!

UPDATE: An issue came to light regarding TuneECU working fine with the engine not running, but dropping communications after a few seconds when the engine was started. I noticed that the TuneBOY cable was earthed right the way through – USB shield to Molex, but that the TuneECU ones were not. 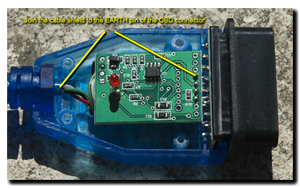 Bridging the USB cable shield (Earth) to the back of the ODB connector completes the link. The cable is now continuously earthed  – and TuneECU no longer drops comms. I’ve made a few sets of cables and they have all worked fine with this modification.

At the time of writing (April 2011) we’re on the 10th revision of the software … some were bug fixes, all added new functionality or supported additional bikes. I’ve updated to each as it was released and used them all without a hitch – all I can say is that TuneECU is a well written piece of software that does exactly what’s needed – and keeps getting better! Alaine is to be applauded for his selfless dedication to the TuneECU project and if the gratitude of the countless Triumph, Aprilia and KTM owners were translated into Euros ….. he’d be a wealthy man indeed.