Just got this photo from Clive over at Lockwood International in the UK, the nice folks who have made my new inlays for the Caponord dashboard. I’ll write more when they arrive …… I can’t wait!! 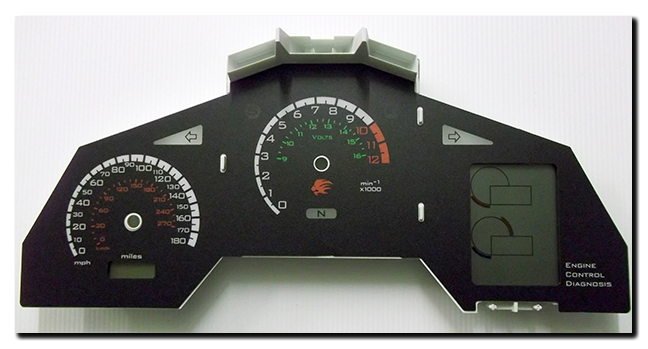 With the new inlay nearly complete and sufficient testing of the modified dashboard to prove its reliability in day-to-day use, it’s now time to move on and complete the next stage of miniaturising the circuit board. The big grey box and wiring loom holding the Arduino Uno stays for the time being, but now it will house the smaller circuit board and Arduino Nano. Once thoroughly tested, the box and loom will disappear as the board finally gets mounted inside the case. 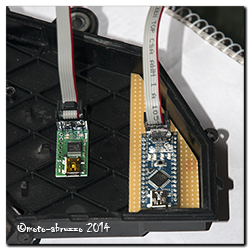 This time around the microcontroller will be programmed differently to speed up the start time and free up more memory space. For that I’m using a Pololu 1300 programming device ….. Something I’ve never done before, let’s hope I don’t fry it! If all goes well, that then leaves me an Arduino Uno spare and it would be rude not to find another Caponord related little job for it! So here’s the next project…..

I’ll be installing the Uno and three of these naughty little puppies along with and LCD screen into the redundant grey case. Self-powered, it will measure current flow through the 30A rec/reg fuse and the two main 30A fuses simultaneously. The screen will 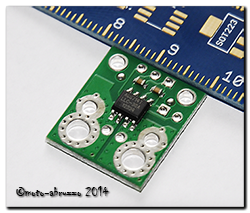 then display measured and calculated data as well as storing the data onto an SD card mounted into the display. So it’ll be a data-logger as well!

The idea is to have the three ACS714 devices, wiring loom and a single multi-pole connector under the saddle. The unit will then simply plug into the connector and merrily measure away. A decent battery and memory card should make data logging for 2hrs + pretty straight forward. So watch this space ……… 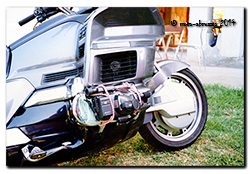 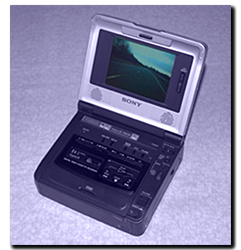 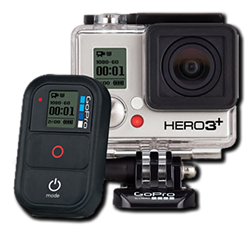 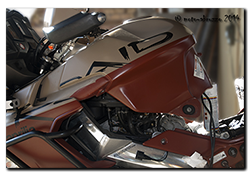 Service time is over for another 6,000miles. I decided a couple of years ago to extend it from the original 4,650 miles due in part to the well documented stability of the valve clearances and because I’m using the long oil filter and a decent branded oil. Whether I’m being realistic or foolhardy for extending the interval only time will tell.  😕

Valve clearances were all in spec but on the tight-side, so no need just yet to use the new Hotcams shim kit, but next time I’ll change all the shims by ±0.025mm to shift the 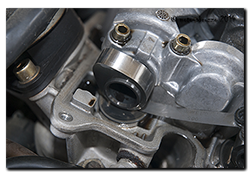 gap back into its mid-range. That should see the valves good-to-go for at least another 50k miles. Everything else was absolutely fine, with just a slight tweak of the CO to lean out the idle.

The rest of the bike was given a thorough check over and happily all bearings and seals are fine, a squirt of grease in the rear suspension linkage keeping that nice and smooth. The drive chain and sprockets were cleaned and checked and after 33,333 miles (yes, that’s a genuine number!) they’re still good ….. This is the highest mileage I’ve EVER had from a drive chain. DID ZVM2 chain rocks! 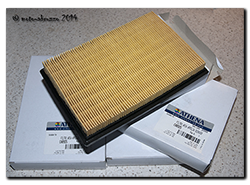 I mentioned recently that I’d ordered a batch of air filters made by Athena in Italy. They’re a direct replacement for the Aprilia AP8104169 one and the only obvious difference is the black foam material instead of orange, and that’s fine and dandy with me. However, on stripping out the old filter I noticed for the first time (that I can recall!), it has a code on the end …. hmmmm ….. could it be a viable manufacturers code I wonder? 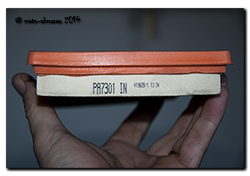 A few minutes on the web confirmed that the number is definitely a manufacturers code – not Aprilia, but FIAAM. A bit more digging unearthed a total of three cross-referance numbers. Tecneco AR9474PM, FRAM CA9474 and FIAAM PA7301. The downside? All of them seem to be obsolete, with FRAM/FIAMM saying they went out of production in March 2012! Buggeration ……

But … one of the sites I found listed a filter that is an almost identical footprint to the OEM one:-

Now a 2mm length difference is peanuts – the OEM one can be stretched/compressed by 10mm easily, the problem may well be the height, at 60mm it’s double the OEM filter. So to try to find out I took some pics of the airbox with the OEM filter in and had a play in Photoshop. Here’s the outcome. 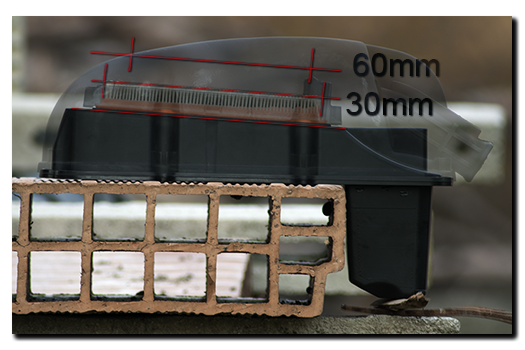 The vertical lines show where the filter ends or interferes with the frame or lid. As you can see, the 60mm high PA7180 will squash in at the ends …… will this be enough to restrict air 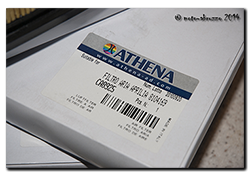 flow, or will the greater surface area of the larger pleats compensate? Answers on the back of a crisp £20 note if you please! 😀

Next time I’m passing a motor-factors, I’ll order one and have a play. At £4.68 each they’re half the price of the Athena …. and that brings me nicely back onto track, the new Athena filters that turned up today. What are they like then eh? 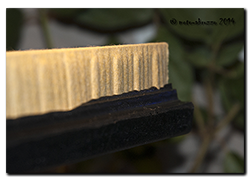 Well, dimensionally it’s an exact copy, so the fit is absolutely fine. One nice touch is the embossed pleats. It keeps them evenly separated for better air flow unlike the OEM element that is simply made of folded paper where the pleats can collapse onto each other. The bottom line is that it fits well, looks better constructed and is substantilly cheaper than OEM (€8.35 each from Germany) …… oh and it comes in a nice shiny box!