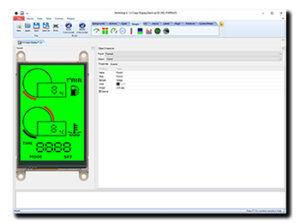 More years ago that I care to remember, fellow Caponord owner (Beasthonda) and I discussed the idea of replacing the dashboard LCD panel with an LCD screen that could be made to display just about anything we wanted. At the time, we looked at 4D Systems and made a few notes on feasibility,  but in the end the idea fizzled out – primarily because at that time the panels were expensive! 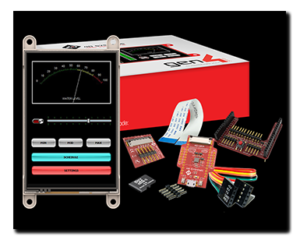 Well here we are, a toe-dip into 2020 and the idea has been resurrected. This in part is due to the panels being better and cheaper now as well as the Arduino boards being much more powerful and faster than the old generation. So as I write, winging it’s way from Australia is an SK-ULCD-35D-AR kit …. basically a 3.5″ non-touch sensitive screen with all the cables and bits to program and connect it to an Arduino device.

The idea is to emulate the existing panel layout for day-to-day riding. However the device will have alternative screens available. The first will be the real-time display of sensor data from the ECU, the second will be a detailed trip computer, displaying continually updated fuel consumption and fuel tank range among other things. The next will display GPS position using a fusion of on-board GPS and Bluetooth mobile link for map downloads.

The display turned up a few days ago. Early the next morning, while the world shivered outside, I managed to program it with a couple of basic screens and power it up for the first time. The displays need to be scaled to fit the aperture in the dash overlay, but other than that it’s pretty much ready to hook up to some data. Role on the weekend!