TuneECU app for the Android was updated again  last week to V2.1 – Google store says bug fixes and adding the Ducati 848/1098 & 1198 are the reason. Time then to give it a whirl on the old Capo and see if the experience has improved from last time. So with the sun shining brightly and making the barn a nice cosey sun trap to work in, and the road devoid of the sound of machinery and promised workmen, I rummaged around for the cables charged the phone and set about pulling the seats off. 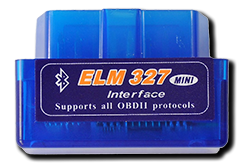 Connection was the same as before and data is still slow to update – tacho and TPS seem quick enough but the side-stand takes a whopping 5 seconds to change state. Still no side-stand or Fan status indicator like the PC version. The datalog facility worked, but seems to have a bug, more on this later.

Connection is now very poor, taking 2, 3 or 4 attempts to get it to connect. Each time I get a flashing red indicator, sometimes going orange then back to red followed by a dialog box telling me to recycle the ignition. The connection worked fine with version 1 and 2 so something has definitely happened in the latest release. Oh and the Samsung was tried with two cables and both cables tried with old faithful – the Asus EEPC901 and they worked just fine with the PC version. Once connected however, the data seems to be displayed quicker than Bluetooth and the connection was stable even when starting the engine.

Getting this to work took a bit of time, simply because it turns out I have to touch the ‘REC’ icon in the bottom left hand corner of the Diagnostics screen for something like 4 or 5 seconds for it to toggle to orange and begin recording. Once recording I can’t change screens, but if I swipe left or right as though trying to get to ‘Adjustments’ or ‘Map’ then data on the screen freezes and you wonder what the hell is going on …… but the data is still being logged in the background. Swipe in the opposite direction, as though going back to ‘Diagnostics’ and the screen starts working again.

Disconnect from the ECU and ‘Datalog’ now appears at the bottom of the ‘ECU’ drop down menu, click and select the log file to open and a new window opens with the data displayed as a graph. TPS, RPM and Engine Temp are logged, but apparently no way of selecting other data to log other than

these three. The TPS and RPM are a nice distinct line with good contrast to the background, however the Engine Temp is dark blue dots on black background …….. difficult to read clearly in bright light. The data is stored in CSV format so it’s easy to bring the files into your PC and use something like Microsoft Excel to display it. Incidentally the screenshot of a data file on the TuneECU (Google) page shows additional information – Speed / MAP (Manifold Air Pressure) and what looks like gear position …… so there is certainly scope to allow more (bike model specific) information to be logged and displayed.

I so want to like this software. Building in the datalogger is great but in the light of the connection issues and slow performance when in operation, I’m reluctant to use it at the moment preferring to stick to the old PC version and my TuneBoy based datalogger. Of course this is only one persons view with a specific combination of bike/phone, but if others are experiencing the same or similar problems, then maybe addressing these issues to make a solid and robust platform before adding any more new bikes or functionality would be the way forward …… just my six cents worth. Let’s see what V3 brings.