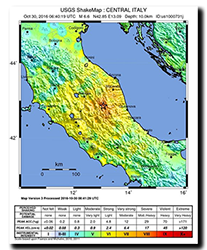 Central Italy has been struck by yet another earthquake, this time a magnitude of 6.6. I’d just sat down at the computer with the first cup of tea of the day, when at 07:40 the house began to shake.

Unlike the two earthquakes last week (26/10/2016 – magnitude 5.5 & 6.1) that struck in the evening, this one set objects rocking, pictures and mirrors moving on the walls and all manner of strange noises emanating from the structure. I bolted for the door! It was most surreal to see trees, fences and power/phone lines and poles swaying and the car rocking on its suspension. Likewise, Jan had made it to the upstairs door at the same time having been rudely awoken!

As I write the injuries are few and thankfully no fatalities. Many of the villages at the epicenter were already mostly evacuated from last weeks events. Unfortunately, structural damage has devastated some villages such that they’ve almost been wiped off the map. In Norcia the basilica of San Benedetto has been destroyed. Damage has also been reported in Teramo, l’Aquila, Chieti and as close to us as Brittoli and Civitella Casanova – only a few kilometers away. 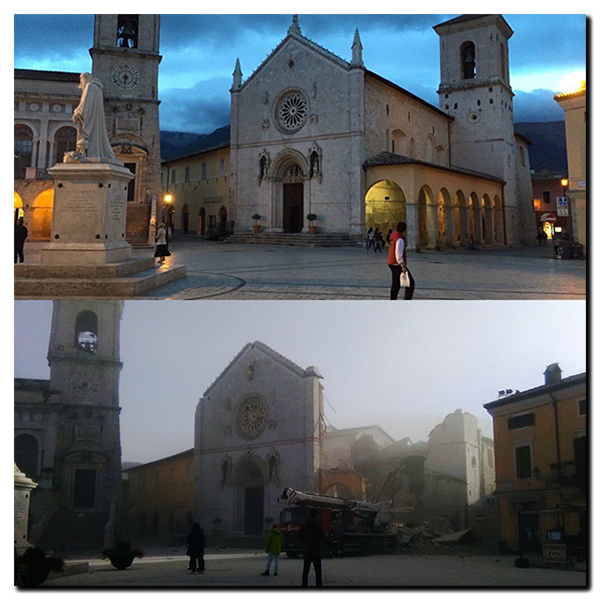