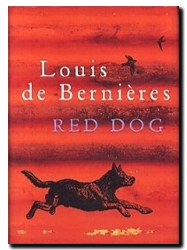 Some songs, films or books can touch you deep where no other can, why – I’ve no idea, they just do. A book that did that for me was a Christmas present many years ago. A small unassuming book, the sort you’d read in an afternoon. The title – ‘Red Dog’. Written by Louis de Bernières after a trip to Australia where he came across the statue of a dog outside Dampier mining town in North West Australia. Like so many others he became enthralled with the story and what it meant to have known Red Dog between 1971 and 79.

Now adapted for film the story of Red Dog will spread further still and hopefully enthrall a new generation about friendship, travel, love and grief. Usually I’m disappointed with film versions of books, but 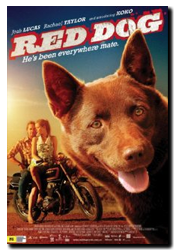 they did a fantastic job here … all the humour of the anecdotes shine through and make Red Dog as vibrant as the characters and background around him. We even get to see a tidy Honda 750K thrown in – so in a small way it’s a biker movie as well!

Ok, it has to be said the film is a version of the story – with characters added or removed to make it movie entertainment. But Red Dog was real and his travels well-known … as to his international travels, hmmm, maybe just spinning out a good Aussi yarn – who knows!

One day, if I do the big trip I promise myself, I’d like to see that statue and raise a cold beer to a most amazing dog.