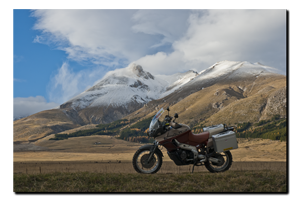 Over the past few weeks the old Capo has had its ECU (brain!) pummelled, all in the name of research. The release of  the freeware program – TuneECU, saw a flurry of activity as some of us tested its functionality against the long-serving TuneBoy package.  I can say without conviction, it works, it’s stable …. in fact it’s now my programming tool of choice for the Capo.

So on a lovely sunny and warm Friday, while Jan was away in Rome, I decided it was about time the Capo got a run to make sure everything was ok and it wasn’t short of a few marbles after all the brain surgery. I wasn’t sure how low the snow line was  on the Gran Sasso, but I guessed it was worth a look.

Duly suited’n booted I headed out toward 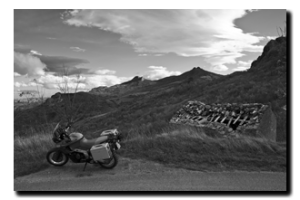 Farindola, then detoured through Macchie and Vicenne on some very narrow and deserted mountain tracks. The heavy scent of damp woodland giving way to a wonderful aroma of burning logs as I skimmed past lonley building not yet abandoned to the mountain. Back at the main road I turned west, climbing through Rigopano and the eerily atmospheric woodlands, finally popping out at the top with a view of Campo Imperatore (Little Tibet) that never ceases to amaze. When I left home it had been a balmy 19ºC, now it was down to 3ºC …. the ‘Halvarssons’ suit kept me toasty and it was a good excuse to test the heated grips!

The roads coming up are sadly in a terrible state and made all the worse with lots of leaf mulch and a fair sprinkling of rocks and bits of tree. They are however thankfully quiet … I only saw one other vehicle on the way up, so you can take advantage of the whole road to pick the best bits. The roads on the West side though are another story, sweeping bends, fantastic surfaces and excellent visibility. 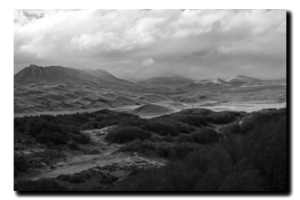 I stopped for a while, just enjoying the tranquillity before heading down to Castel del Monte, a quick refuel then onward to Villa Santa Lucia Degli Abruzzi, Offena, Brittoli and towards home before dark. If I said I saw half a dozen vehicles the whole way, I’d be exaggerating! In the end I’d really tried hard to stick to bobbling along in ‘tourist’ mode ….. I couldn’t resist it any longer ….. I just had to go back up the road, turn around and give those bends a damn good spanking! The Capo runs beautifully, pulling like a train and happily using the extra 1,000 RPM before the rev limiter kicks in. Only thing to sort out is a slightly nervous tickover,  a smidgin more fuel added on the ‘Idle trim’ should sort that out. Happy days!

Back in the barn, the Capo is contentedly ticking away to itself as it cools down, while I tweak the map in the ECU one last time. Then it’s lights out, night-night old girl ….. till tomorrow. 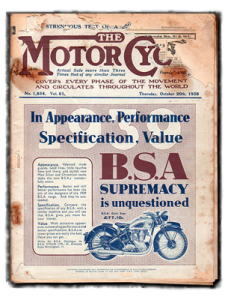 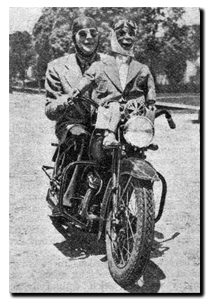 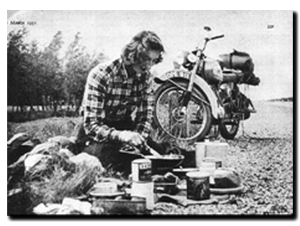 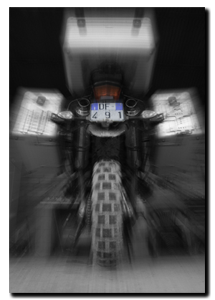 I think it’s fair to say the last two years have fairly whizzed by ……it’s hard to believe that in September 2008 the Capo first wobbled out onto the Italian highways with its new ‘targa’ (registration plate). The next ‘revisione’ (MOT) would be in Sept 2010, two years away and no more than a passing thought. And now it’s here, dragged kicking and screaming into reality on a balmy Saturday morning.

I finish my second ‘wake-me-up’ brew, faffing about over documents and thinking about what to expect … is the old girl indeed as road worthy as I like to think? I hope so, I’ve spent a fair few hours over the past weeks checking this, fettling that and oiling the other. I’d be miffed if they do find anything … or would I in fact be offended, my rickety chair of motorcycle mechanical superiority kicked from under my feet … left dangling on the rope of the tester’s bureaucratic whim and devastating ability to empty a wallet quicker than a Vespa sump. No fear, I’m not having any of that! So to be safe, I’ve remapped the fuel injection for emissions and generally returned it to ‘factory’ condition. ‘I’s crossed and ‘T’s dotted, nothing left to chance, all very secret squirrel actually.

As I’d not been through this particular delight before, a neighbour kindly went along to pave the way. On arrival I handed over the ‘Carta di Circolazione’ (logbook) and we wandered off for a coffee – they don’t like being watched … I was told.

Coffee over (remember, they’re small cups!), we walked the twenty meters or so back to 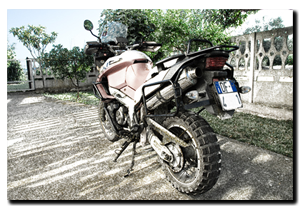 the bike, still basking in the rising morning sunshine. Time ticked on and a few cars came and went. A van went into the bay marked ‘revisione’ in big red letters – the only bay for revisione – the bay my bike ought to be in by now I thought. My neighbour and I chatted, each trying to hide the mild irritation that nothing much seemed to be happening to the Capo, despite the two minute promise, half an hour ago.

Then activity … a chap wanders out of the dark bowels of the office waving a logbook around, my logbook. Is this yours? Yep! 65 Euros please … and that was it, done. A little sticker attached telling me to sod off for two more years. That was painless. How were the emissions? Fine. Brakes? Fine … all fine in fact, nothing to worry about, a lovely bike … bye-bye.

So I thank my neighbour for his time and as he drives off, I get kitted up, clamber on board and lift the side-stand, it folds away leaving the little ‘x’ scratched on the tarmac … the little tell-tale mark I’d made just before wandering off for coffee. 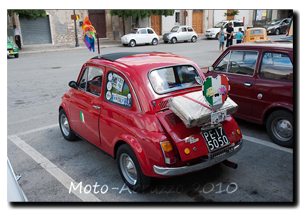 We had a little treat the other day ….. the Pescara Fiat 500 owners club came to town! Yep, on a sunny Sunday they beeped, tooted, moo’d and blew bubbles (I kid you not) as they pottered around Civitaquana.

We wandered through the usual chaos and snapped a few pics of the weirdly modified and wonderfully restored – every one a testimony to the love, dedication and skill of the families that own them. The local bar laid on snacks and drinks for them and in the afternoon they held a time-trial around the local villages. 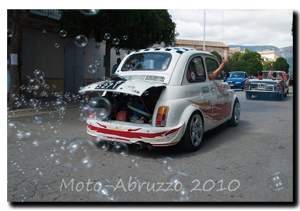 As they dashed off into the countryside we settled down for a beer, or two, or three ….. we weren’t exactly sure if they’d be a few minutes or a couple of hours. Sadly, the little buggers are quicker than you think and in no time at all they started to return, damn! I really was looking forward to that second brew…..

Well a big helllooo to you all!

After dumping Facebook and all thing Google, I couldn’t raise enough enthusiasm to start over with a new blog – especially when hosted (controlled) by a big fat corporation.

Then, over a spiffing lunch one day I got a piece of excellent advice about setting up a website based blog.

I mulled it over for a few days, then tinkered and voila, Moto-A is back again …. hot-to-trot! So a big thank you to you-know-who!!!