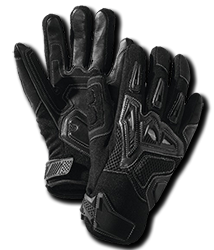 The local Lidl had a few bits of bike gear in the other day. Some open-face helmets, casual jackets and summer gloves. The gloves are marked CE and had a symbol on the label that I’d not seen before. Below it is written EN 13594:2015 ……. so when I got home I looked it up.

Most of the information initially came from French websites, where it seems motorcycle gloves are going to become compulsory items to wear in the near future and could well use this as the minimum standard allowed. It turns out that EN13594 involves a bunch of tests – burst/abrasion etc and is graded as Level 1 or Level 2. Level 1 must be abrasion resistant for 4 seconds and knuckle armour (if fitted) absorb 9Kn (5J) of energy. Level 2 doubles the abrasion resistance to 8 seconds and halves the energy transmission. The legislation appears to become mandatory in 2018 but can of course be complied with now, so expect to see gloves appearing throughout 2016 with these symbols on the labels.

So back to Lidl …….. Here’s a budget store selling approved and tested (Level 1) summer gloves for €15.99 ( approx. £13)! OK, they are entry-level approved, but hey at least they are tested to some standard, unlike the vast majority of gloves I looked at on various UK mail-order websites. Who’d have thought it! 😀